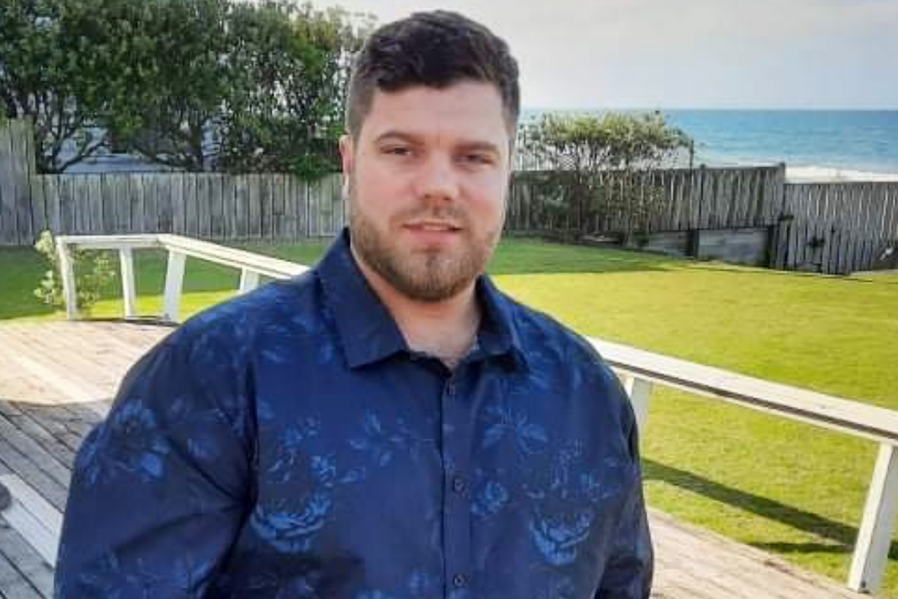 For as long as Josh can remember, Eczema has been an unwelcome part of his life. It started in the creases of his elbows and behind his knees as a young child, and gradually spread. By the age of seven it covered his whole body. And it was severe. Eczema itches, it hurts and it is relentless.

Traditional medications didn’t work, alternative treatments didn’t either. “If you can list it, I’ve done it” he says. The only relief Josh found was a cold room or a cold shower. In the summer, his own sweat burnt his broken skin. It was unusual to wake up and not have blood on his sheets.

At 23 years of age, Josh looks back on his teenage years and remembers some dark times. “Eczema makes the long days really really long. There were times when I was really depressed, days when I thought ‘why me’? I didn’t know anyone else with eczema. Seeing my mum cry because I was so down was one of the hardest things of all.”

There’s nothing more difficult than watching someone you love suffer, and as an only child and and only grandchild, all of Josh’s family were affected by his condition. “My aunty has spent so much money helping me try and find a treatment for my eczema” says Josh, so grateful for all the support he received. But the eczema continued.

Then two years ago, Josh remembers being in the lunchroom at work, talking to his boss, feeling itchy and hearing a radio ad for an eczema trial. He heard it again and called his mum, Debbie.

Dr Penny Montgomery spoke with Debbie on the phone. She explained that to qualify for the trial Josh would need the equivalent of ten palms of eczema on his body. “Do you mean ten palms clear?” was Debbie’s reply ... “come straight in” was Penny’s response.

In the initial meeting, Josh’s eczema was measured. He had an astounding 96% of his body covered - including the palms of his hands, the soles of his feet, his head and so on. After being informed about the trial, how it would work and what the risks were, Josh’s overriding thought was ‘Sign me up!”.

Within three days of starting the trial medication, Josh’s eczema started to clear. At first the redness cleared, then over the following week all his eczema disappeared. “Words can’t describe how amazing it was”. The itching went, the broken skin mended, there was no waking up stuck to the bedsheets. Life was as it should be for a young Kiwi guy who loves being active and outdoors.

If Josh had any doubts about the impact of the medication, these were addressed one year down the track. He went on holiday - and forgot his medication. Within two days his eczema had returned. It was a shock to remember how hard life had been before the treatment, and a reminder of the freedoms he had gained since the eczema had left.

While the trial is now close to completion, the pharmaceutical company continues to provide the medication to Josh as a thank you for his participationl. There’s strong recognition within the medical community, that without people like Josh taking part in these trials, these treatments would not be available to help others in the future.

When asked what Josh would tell someone looking to participate in a trial he says “Understand what’s involved, what the risks are of course, but if there is any chance it can help you like it has helped me, I’d say do it. For sure.”

“My outlook and my life have changed so much in the last two years. I can’t thank Optimal enough for giving me this opportunity.”

The team at Optimal get to know their patients well through a trial, and couldn’t be happier to see outcomes such as Josh’s. “Seeing someone’s life change dramatically like Josh’s did is without doubt, one of the best parts of my job” says Dr Penny Montgomery.

Clinical Trials: What Regulations Are Followed in New Zealand?