Helping prevent illness in others: A patient’s story 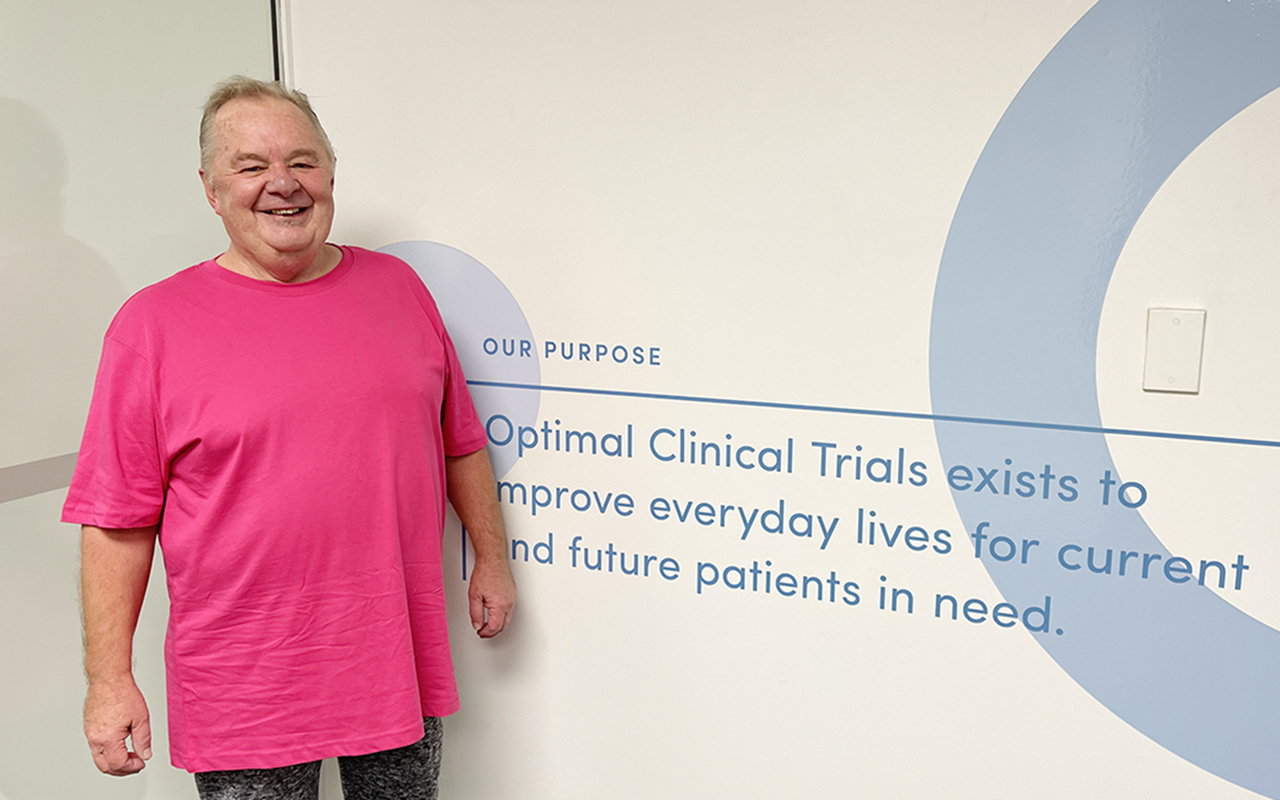 “It’s always a pleasure to see and chat with the team. If being part of this study and the other studies I’ve volunteered for will help other people, especially older adults like me – I’m very pleased to have been involved.”

Trevor MacDonald is like family to us. We’re used to seeing his friendly face, after having volunteered for a number of different trials over the last few years. Recently he volunteered in our older adults RSV vaccine study and wanted to share his journey.

Respiratory tract infections (RTIs) like Respiratory Syncytial Virus (RSV), or the winter influenza virus, are one of the leading causes of hospitalisation in New Zealand and can lead to more severe complications like pneumonia, bronchitis and cardiac issues.

For Trevor, his chances of developing a respiratory tract infection has increased over the years because aging has an effect on his, and all older adults’ immune systems.

Unfortunately, on a once in a lifetime trip overseas, Trevor developed a RTI that just wouldn’t budge.

“In December 2018 to February 2019, I undertook the dream trip of a lifetime - seven magical weeks experiencing the wonders of southern India.

After the third week I developed an annoying evening cough which would last for an hour or so. I put it down to dust, air pollution and air-conditioning. Phlegm also began to build up. The condition has been ongoing ever since. Late evening cough and phlegm which often continued through the night. Being in an air-conditioned environment also aggravated the cough. Sometimes the phlegm build up was so much that at times I thought I was going to choke to death. Disturbed sleep had me waking up during the night, and by morning I was almost as tired getting up as I was when I went to bed.”

Trevor had experienced first-hand what it was like to have an RTI as an older person, and how devastating it can be to a person’s quality of life.

Fast forward to 2020, Trevor enquired about our older adults RSV vaccine study after seeing that we were recruiting for it in our newsletter. Aware it would not cure his own illness, but could potentially prevent him catching RSV and help others from going through what he had, he jumped onboard.

Trevor volunteered, receiving the flu vaccine and potential RSV vaccine. It has been a very positive experience for him, “it’s always a pleasure to see and chat with the team. If being part of this study and the other studies I’ve volunteered for will help other people, especially older adults like me – I’m very pleased to have been involved.”

Without incredible volunteers like Trevor, who understand the havoc these illnesses can wreak on people, developing potential treatments for RTIs would be impossible

Want to read about other patient stories? Take a look at Josh’s journey with eczema here and Colleen’s struggle with arthritis here.

Why we need more inclusion of older generations in clinical trials

The exciting role that biotech companies have in medical research